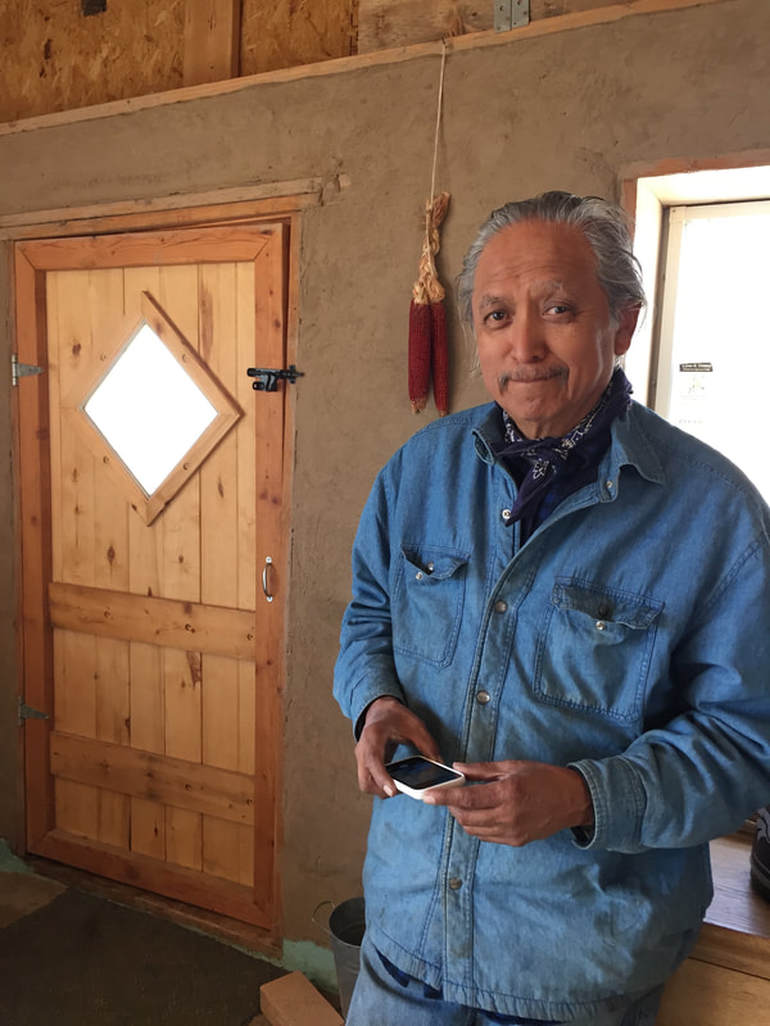 "What I witnessed yesterday at the Diné bidziil gathering at the Navajo Nation Museum in Window Rock: There's a layer in Diné hózhó thought and consciousness in which the "one mind, one voice, one prayer" is meant to blend together in a good way - despite our diversity, despite the doubt, shame, guilt and rage that plagues our lives, despite our colonialized mentalities.  That blending of human spirit is practiced through our interdependent and compassionate kinship system (e.g. k'é, k'éhodindzin) that not only embraces all humans but includes the land, the plants, the animals, the insects, the birds - the earth and sky. All life. We breathe the same air. Our clans are stories and journeys describing the beauty, struggle and engagement of life itself here within the four sacred mountains.  Yesterday's gathering was just that. It was the continuance of our stories and journeys from the time of our emergence (hajíínéeí déé'). Many grassroots people spoke to how our "one mind, one voice, one prayer" identity is being affected by a whole range of social, political and economic violations that simply do not fit into nor agree with the truth that our kinship system is meant to sustain. That is: one mind, one voice and one prayer.  Thanks to the organizers, Norman Brown, Robert Tohe, Hazel James, Leona Morgan, Henry Barber, Cora Max Phillips and many others, for creating the space for people and families of all generations, clans, gender, vocations, worldviews to tell their stories, to pray and sing our traditional songs, to testify, to connect, to restore and to regenerate a sense of dignity and respect for all life.  Special thanks to Hazel and Robert for working to hard - in a good way - to have us eat and enjoy all that good food. It was our chance to visit and enjoy each other.  Thank you, thank you, thank you …" Larry

Larry always had a heap of good tings to share....
Here is a growing collection of references...
Books:

Knowledge and the Sacred and anything by author Hossein Nasr
Anything by internationally acclaimed, Israeli psychologist and educator Reuven Feurstein, including:
What Learning Looks Like and Beyond Smarter: Mediated Learning and the Brain's Capacity for Change